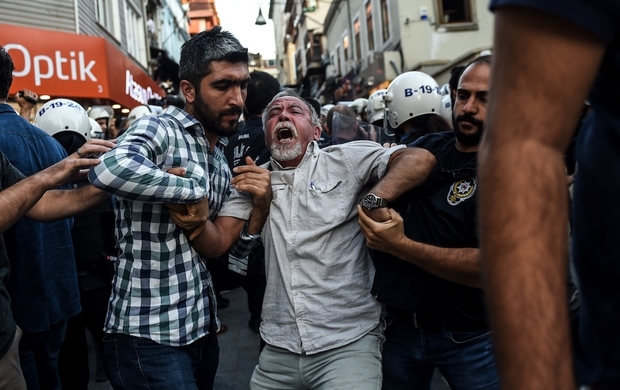 Turkish police officers arrest protesters, gathered in support of workers that were arrested earlier for protesting over labour conditions at Istanbul’s new airport, in Istanbul, on September 15, 2018.
A trade union leader says police have rounded up more than 500 construction workers after they staged a protest at the new airport denouncing poor working conditions / AFP PHOTO / BULENT KILIC

The Trades Unions International of Workers of the Building, Wood, and Building Materials Industries (UITBB) strongly condemns the arrest and charging of 28 workers at the Istanbul Airport. Since the construction of the airport has begun, more than 400 workers have been killed during its construction. However, the official numbers given by the Turkish Ministry of Labour is only 27. 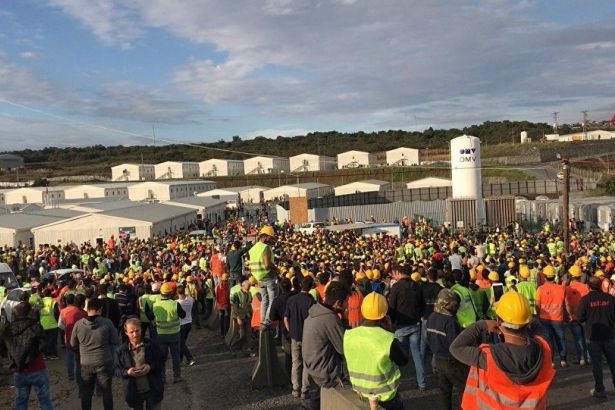 Following the crash of two shuttle buses at the airport last week, thousands of workers went on strike to protest the deaths and injuries of their co-workers since the beginning of the project in 2015, making the airport (which the workers call ‘cemetery’) a symbol of resistance against the system, whose only goal is to profit.

This attack on the workers is indicative of the attack the working class is under throughout the world by the capitalist order. Erdogan’s Turkey is but the latest example of this class-based war which builds stadiums and airports on workers’ blood. We stand with the Turkish workers in their struggle for safety in the workplace, but we stress that a total solution will never come about, unless a new society replaces the current, exploitative, capitalist barbarity. Until this happens, the working class will suffer in the hands of the capital. 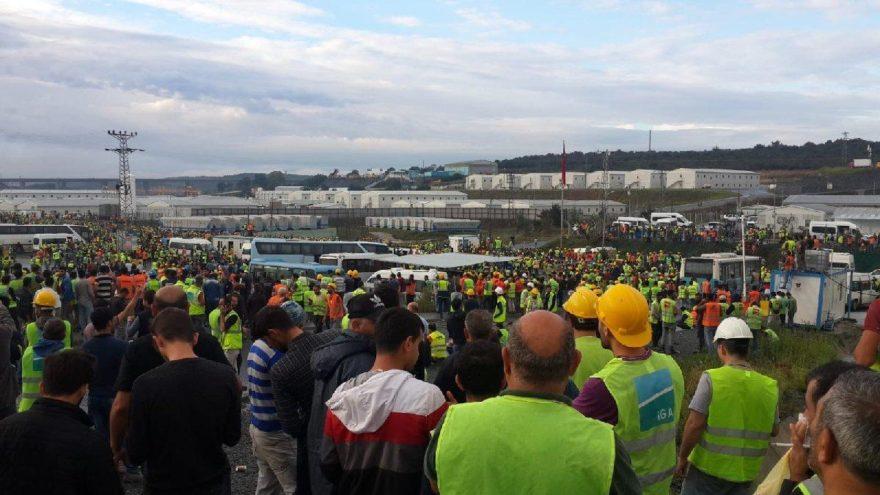 UITBB and its members around the world will continue fighting for workers such as the ones in Istanbul who have to work for up to 16 hours a day, with no safety measures in place, dying for the profits of the capitalists.

The struggles goes on, comrades.